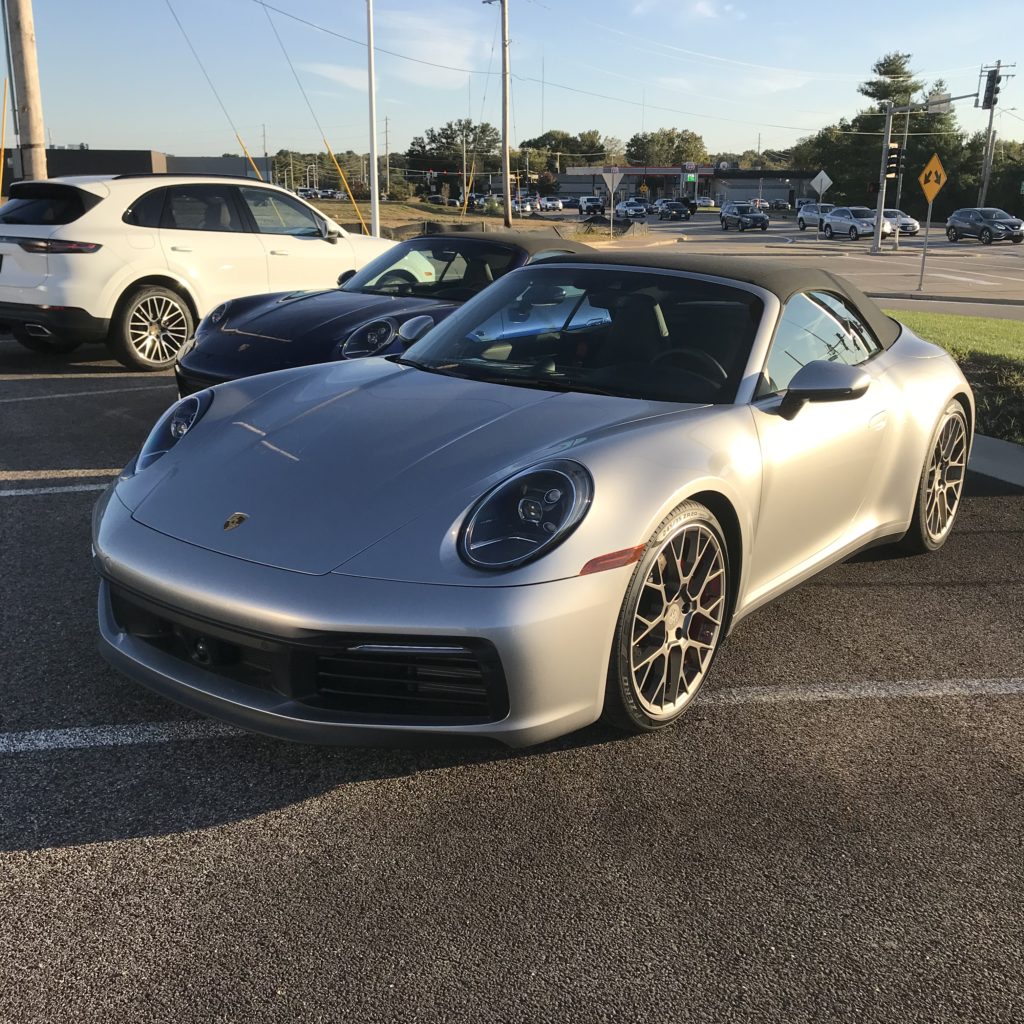 The new Porsche 911 992 generation Carrera S and Carrera 4 S have hit U.S. dealers and a reader of the blog got a chance to drive the C4S cab in St. Louis, Missouri 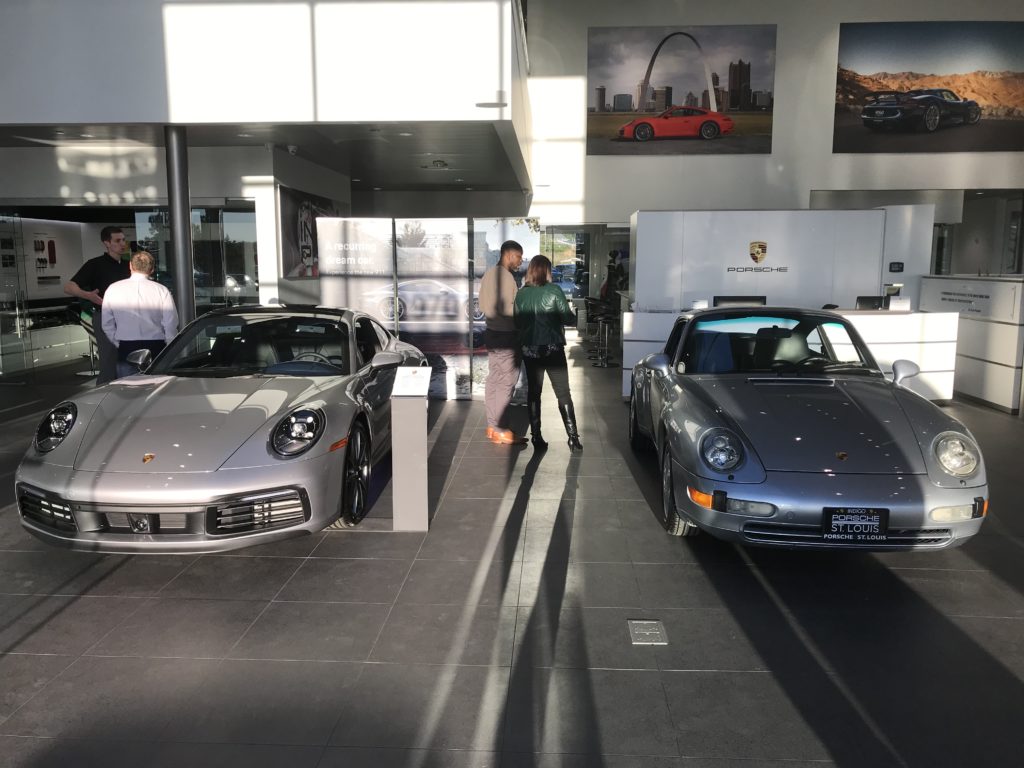 992 vs. 991 (vs. 930?)
I was prepared to hate the 992: oversized, overweight, and overpriced-what’s to love? Quite a bit actually.
It seems every new 911 has a completely different, yet eerily similar feel. The G50 3.2 Carrera felt like my ’82 SC, but more refined and less hot rod(ish). My 964 felt like the ’87 G50 with better handling and lighter weight but equally telepathic steering. The white car (993) smelled like the 964 but had six speeds and felt much quicker. The 997’s felt, like, well, spaceships compared to the air-cooleds. Backing up a bit, my 930 really just drove like an SC until the carnival ride opened around 3000 rpm. Now I find a similar experience with my 991.1; nobody is home until about 4000 rpm, then all hell breaks loose. The 991 is also quite large, but doesn’t feel it.
So the 992? It is big. Parked next to a 993 it looks gigantic. The wide body form is beautifully proportioned and designed, carrying ubiquitous 911 design cues. The Ode to the Past 911 touches are neat and thankfully not too kitsch. The bumpers are fussy but blame that on water and forced induction.
Though my time behind the wheel was brief, a few things stand out. The car sounds amazing-rumbly but not offensive (much better than my 991 sewing machine). Despite the car’s bariatric nature, it also feels tight and nimble. If you could close your eyes while driving, you would know you’re driving a 911. Open you eyes, and not so much. Throwing a new Cayenne dash pad over an older S Class multi screen dash with a Mini Cooper single old school tach doesn’t work, but that’s coming from an analog 911 purist. The Remington shaver needs to go as well. Otherwise the interior is great.
The best part? That engine-it’s fast! And instantly fast. I remember being impressed with the base 991.2 improvements in low rpm response; the 992 takes that to a whole new level. The low end torque is fantastic, and additive. And loud. I wanted to keep driving it, but Leslie would have gotten fired if she didn’t bring the demo car back sometime.
Would I buy one? Not for $160k. But it was fast. And sounded great…
(Thanks to Leslie Dement at Porsche St. Louis for the seat time.)

And Thanks to Sean for his initial thoughts and analysis!